Celebrating wedding anniversaries has long been a tradition right across the globe. The origins of this kind of celebration are a little bit hazy, but it is thought to stem from the Holy Roman empire, or medieval Germany. During these times it was traditional for a husband to crown his wife with a wreath of gold for 50 years of marriage, and a silver wreath when they’d reached 25 years of marriage. At this time it wasn’t common for any of the other wedding anniversaries to be celebrated.

The History of Wedding Anniversary Gifts in New Zealand

In New Zealand, European settlers brought with them the tradition of celebrating silver and golden wedding anniversaries, but they were very rare occasions. Low life expectancy amongst Pākehā and Maori men and women meant that very few couples reached such momentous milestones.
By the 19th century greater emphasis was placed on home and family life, which led to more wedding anniversaries being celebrated with gifts and festivities. Gifts made from different materials became associated with various years, and symbolised the increasing strength and investment couples had made in their relationship, and in each other. By the early 1920s anniversaries that were commonly celebrated were the 1st, 5th, 10th, 15th and 20th, as well as 25th and 50th. Couples who made it as far as 75 years of marriage gave each other gifts of diamonds. But this was later changed to the symbol for 60 years of marriage, following on from Queen Victoria’s diamond jubilee.
It seems that retailers then caught on to the fact that they were missing a great opportunity for sales, and in 1937 the American National Retailers Jewelry Association compiled a list of gifts to be given on every wedding anniversary. It became commonplace to use this list and over the years further lists for anniversary flowers and gemstones have come into use.

How Wedding Anniversaries are Celebrated in New Zealand 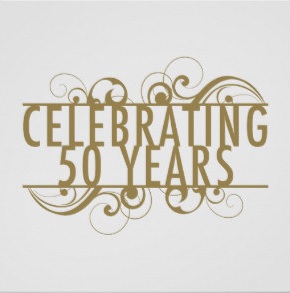 Significant wedding anniversaries such as silver, gold and diamond anniversaries are usually celebrated with a large gathering of family and friends. Couples who have reached 50 years of marriage often get a mention in the local newspaper, which is a good indication of the importance that is still placed on marriage.
In New Zealand couples who have reached 50 years of marriage can receive official congratulations by applying to the Department of Internal Affairs Congratulatory Message Service. Congratulatory messages can be requested from the Queen, governor general, prime minister, minister of internal affairs, minister for senior citizens or local MP. Applications can be made for 50th, 60th, 65th, 70th and 75th wedding anniversaries and for birthdays of 100 years and over. The Queen doesn’t send out congratulations for wedding anniversaries less than 60 years, and the governor general only send out messages for 100th and 105th birthdays. To request a congratulatory message you have to make a formal application, and include documentary evidence of the anniversary.

By the 19th century local people had begun to express their respect for a couple celebrating a golden wedding anniversary by getting together and presenting an “address”. It would take the form of a beautifully decorated and hand written expression of the high regard in which the couple were held, and would often be displayed in a frame. Friends and neighbours would also often club together to buy a special gift. Accounts in the newspaper regarding the anniversary would often tell of the couples arrival in New Zealand, and the achievements and work they had contributed would be given in detail.

Anniversary couples would often hold an afternoon ‘home’ party, when they would welcome well wishers with tea, cakes and friendly conversation. Speeches and prayers were often said as well. By the late 19th and 20th century parties became more lavish affairs. A local hall or other public venue would be hired, and an orchestra or band would provide music. Games, cards, dancing and sometimes speeches formed part of the celebration. The evening would often finish with a rendition of ‘ Auld lang syne’ or ‘For they are jolly good fellows’.

A golden wedding anniversary was a special occasion for the Māori nation. Celebrations were often held on a marae (an open space or courtyard where people gather), where visitors would be welcomed and then the celebration would take the form of a feast (hākari). There would be speeches, unrehearsed items, toasts and chants or songs. A dance would follow and guests would spend the night in the local meeting house.

If you think that you’d rather break with tradition and gift the couple something other than gold, why not consider one of the following experience day options?

However you decide to celebrate a golden wedding anniversary, whether as a couple or with family and friends, make it a celebration that is full of happy memories and toast the occasion, wishing them many more happy years of marriage together.